Irene Cécile (1981) is an illustrator, specialised in educational illustrations and infographics for publishers, musea, hospitals, NGO’s, foundations and other institutions.

Target groups can be children or adults, or specific groups such as illiterate to low-literate people or patients.

After studying Biology at Leiden University (with a specialization in Science Communication), she studied at the Royal Academy of Art in The Hague. After graduating in 2009, she started her own business as an illustrator and graphic designer in Leiden.

In 2015, Irene Cécile was one of the winners of the Worldwide Picturebook Illustration Competition (co-organized by Lemniscaat Publishers).

Irene loves illustrations and designs with:

Leiden University / LUMC – comic about scientific drug research for sick children
Terms such as 'placebo', 'randomisation' and 'double-blind research' are explained. The cartoon should help children decide on whether or not to participate in drug research (Informed Consent). 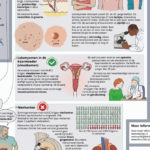 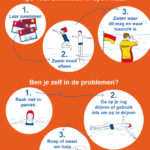 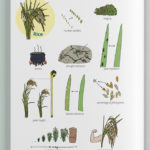 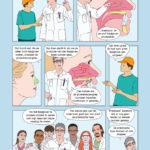 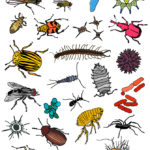